Musard relates to the Invisible Ball as a visual framework of his movment.
Based on the observation of the French philosopher Pascal who considered nature as an infinite circle, whose centre is everywhere and circumference nowhere.
Musard places his movement in the round. He relates to the round as world harmony.

His movement performance develops the notion of an itinerary on the spot in a sort of imbricated time and space. He learns to isolate a movement and engage its spatial visit from within. Following a line of least resistance where the movement is self pro-pulsed into the air. 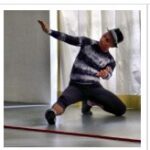 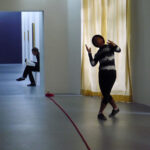 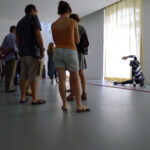 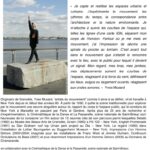 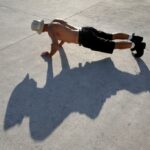